Rymal Road Community Church is a church with its roots founded in Methodism.  The Methodist churches had their beginning in the eighteenth century England. The founders of this world-wide movement were two Anglican clergymen, John and Charles Wesley.

The Free Methodist Church in North America is one of the continuing expressions of historic Methodism. 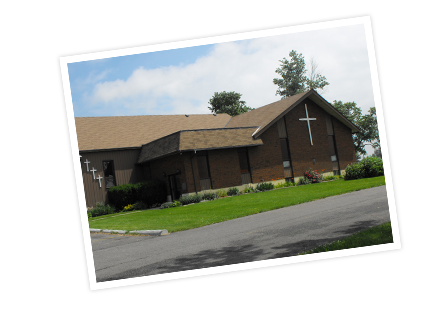 Founded in 1860 in New York State, this branch of Methodism was called “Free Methodist” because of its campaign for freedom of slaves and free church seats for all, rich or poor.

Rymal Road (formerly called Hannon Free Methodist) was organized by Charles Sage on February 15, 1879.  The church was built in 1881, on the land donated by James Fletcher.  Both the church and the parsonage were moved to their present location from being near the highway, in the summer of 1959.  Full basements were put under both.  In 1979 the present sanctuary and foyer were built and extensive renovations were made to the interior of the existing structure.

On March 31, 1996 the name of the church was changed to Rymal Road Community Church.  The name change was brought about by a renewed sense of our mission, while maintaining our association as a Free Methodist Congregation.

The Free Methodist Churches are conservative, evangelical and emphasize God’s desire for His people to live holy lives.  We are a sister denomination to the Salvation Army, the Nazarenes, Wesleyans, Standard, and Brethren in Christ churches. We have a very democratic system of church government.